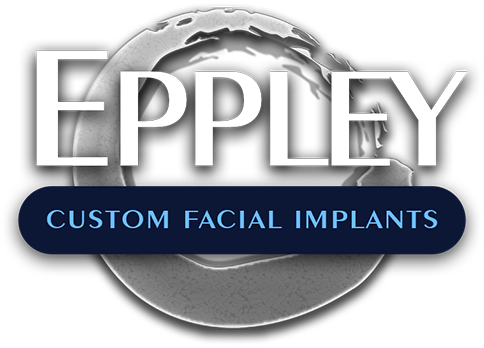 A more masculine and prominent brow bones is sought after by some men. Since there are no preformed brow bone implants available, a custom implant made for the brow bone is the only option. The key to designing a brow bone implant is three fold. First, the prominence of the additional brow bone projection needs to be low enough to have the proper effect. Positioning the projection too high creates an unnatural lower forehead appearance. Secondly, the additional projection along the brow ridges afforded by an implant must take into account the supraorbital nerve locations at their exiting foramens along the superior orbital rim. Such relief must be put into the implant design. Lastly the brow bone implant must flow smoothly into the upper forehead so an unnatural brow bone break is not created.

Augmentation of the forehead is sought by men that have too much of a retroclined forehead slope and by women who desire a more prominent but rounder and convex forehead shape. (i.e., the forehead is too flat) A custom forehead implant offers the easiest and most reliable method for augmenting this large upper facial area. Most of the time a forehead implant is designed to include the brow bone area to create an overall total forehead effect. When adding horizontal projection to the forehead it is important to factor in the width of the forehead between the anterior temporal lines. In small amounts of horizontal forehead augmentation the implant can remain completely on bone, stopping at the forehead bone to temporalis fascial/muscle transition area. But when the forehead augmentation becomes larger it is important to carry the implant design over the ‘side’ and onto the upper temporal region to avoid creating a forehead bossing/protrusive appearance.